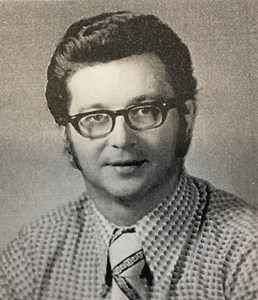 It is with deepest sorrow to inform you of the passing of our beloved classmate and friend, Anthony J. Ciccone, 74, of Schenectady, who passed away peacefully on June 2 surrounded by his loving family and friends, at Daughters of Sarah Nursing Home.

Born in Schenectady, Tony is the son of the late Louis H. and Sophia G. Ciccone. He was born 11 minutes before his mirror image identical twin Joseph (Joe). He grew up in Schenectady and graduated from Mont Pleasant High School in 1964. Tony was one of the star wrestlers in his senior year, and he and Joe were co-captains of the team. He went on to Hudson Valley Community College where he received his Associates of Applied Science in Mechanical Technology in 1966. In later years he took a Fortran IV programming language at Union College.